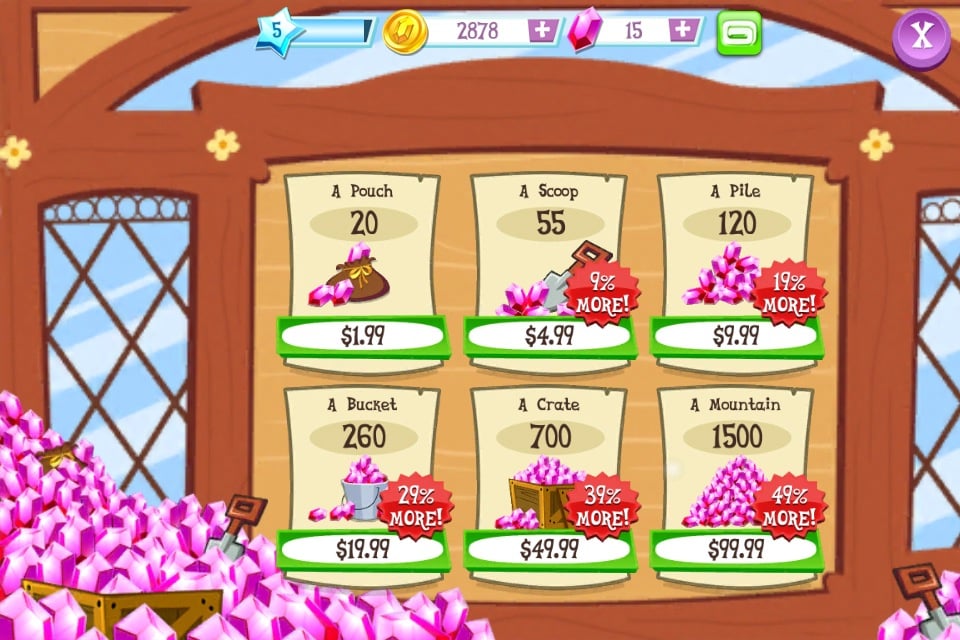 Do you know even with so many new attributes attaining in mobile gaming technology changing smallest details for gamer better experience, all the enlisted high rated top scoring mobile games that are in 2015 are exactly the same ones that were at the top of the charts from back in 2012 and this little piece of statistical information is enough to describe the incessant domination of a very few handful of apps who are actually making money in very less of time compared to others is starting to take its toll on the audience even today. Causing gamer to spend more money on game to build up quicker making them actually play and finish it in less time these days, this probably could be the new mull of this generation’s gamer.

Since we are on the page of statistical analysis, here is another one, according to Yahoo’s analytic firm, Flurry Gamer around the world spending less and lesser time playing on mobile in 2015 than they did back a year ago in 2014. Roughly about 32 percent of the total time people spent on their mobile devices last year on gaming features and facilities, very shockingly that number plummeted to about 15 percent through so far this year!! Meaning this to be, 37 percent decline from 52 minutes each day is now to be 33 minutes. Now about this we being regular metro life living folks can name a lot of culprits for this significant evaporation of time spent on games, Flurry on the other hand objectifying matters pointing to the dark side to modern techno lifestyle, puts the blames on new technology and the very nature of mobile games itself!!

Shortly after publishing recent study Yahoo senior vice president of publish products Simon Khalaf wrote in a blog post, “Gaming is a hit-driven industry, and there hasn’t been a major new hit the past six to nine months.” Didn’t just stop there and adding more to that, “The major titles like Supercell’s Clash of Clans, King’s Candy Crush, and Machine Zone’s Game of War continue to dominate the top-grossing charts and haven’t made room for a major new entrant.”

Needless to say with existing and upcoming techno facilities from past and the one is coming this very day is following stunning graph line for obvious reasons, but a must to admit, gaming on smartphone and tablets has its little upward mobility as well. Big games with deep and tricky strategy along with simpler approach take the biggest slice of the money pit, and name like Supercell uses that cash to increase its marketing to get more players and more money securing top positions in possible less time.

Let’s take a look out on the chart from App Annie showing that Clash of Clans hasn’t fallen out of the top chart of 5 highest-grossing iPhone games list in the United States alone since November 2012:

This success of people’s favorite choice of games like, Clash of Clans or long time played Candy Crush Saga have made their market where other games could merely try to copy the same game play model strategy. To look right straight it is obvious fact that the stagnation just doesn’t only come from the same two to three games that continually bagging more and more bags of moneys, as well as it can also comes from every other developer releasing similar strategy maintained games with big names like Game of War, Star Wars: Commander, Dominations and on.

Now nonetheless the bigger bad news is where this data-gram actually pointing, is what is worse is that even when these games do make money, for what is to hit this industry really hard is this almost inevitably means that people are paying more money to play the game with less effort and of course in less amount of time. Something we all need to get ready to face what is coming on the far futuristic impacts.

“Gamers are buying their way into games versus grinding their way through them,” said Khalaf, clearly sums up his concerns. “Gamers are spending more money than time to effectively beat games or secure better standings rather than working their way to the top.”

But this isn’t quite a bad story if this leads to any other potential innocent situation where peoples to play their mobile games in less time, but still developers to make more money no matter what. Right?  Not really. “This explains the decline in time spent and the major rise in in-app purchases, as Apple saw a record $1.7 billion in App Store sales in July,” said Khalaf.

But here, graphs show most people aren’t really spending more of their money on big name tagged games much too often these days just so that they might have more time to play other games and of course not to mention that they are less eager to pay any more money on them. And this is how instead what they are doing is cutting out all possible long, repetitive grinding from the list of their favorite games and then guess what? Then they are going on to spend more times on other activities like watching other people play games on the internet. Well, that can make other folks happy.

Wait, not done yet, Flurry also points out that, videos of game like Minecraft are among the most watched content on well know site Tumblr, another Yahoo-owned website. And maybe that suggests a bigger trend in the wider gaming scheme. There are enough of chances for the upcoming next generation of gamers might want to adopt and build communities around fewer games for longer periods of time. If that is to happen on mobile, and it is happening on very well reputed video sharing sites like YouTube and Twitch where the same esports games and Minecraft are always the most popular. “Market Hit” could be having a new definition and probably the next new dimensions is about to come.