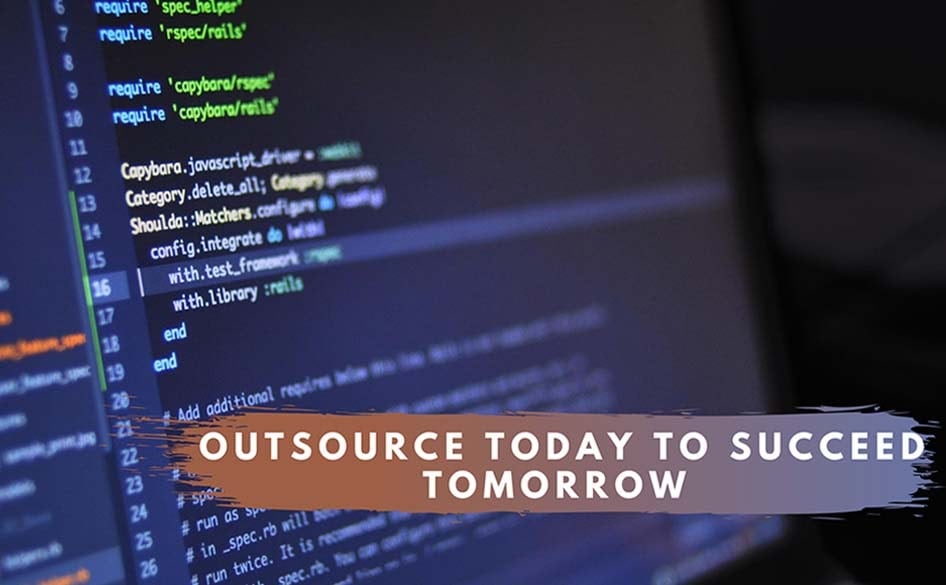 The IMF has declared a global recession as the COVID-19 still prevails worldwide. In order to survive and rise above the crowds, outsourcing seems to be the best option for many business companies. So, let’s outsource.

The term outsourcing is definitely not new. It means providing or hiring operational support to and from other companies. This has now become internationally available. People can now provide support and be a part of an organization thousands of miles away from their own country.

Thanks to technological advancements outsourcing has reached a whole new level. Where, all you will need is your skills, a desktop/laptop, and working internet to work from home. And still the payment will be good.

This sounds like the perfect business model to use during this pandemic.

Now, we can not speculate the extent of the recession that is happening now but global recessions have happened before. We can take a look at the events of 2008.

The outsource practice DURING THE 2008 RECESSION

Back in 2008, it was not a pandemic but a “Subprime Mortgage Crisis” that caused a great economic recession in the United States and in some parts of theWestern Europe. Considerably, that was the worst economic year for the U.S after the great depression.

But even at a time like that, world-famous companies like Whatsapp, Alibaba, IBM, CISCO, Apple, Skype, and Gooogle ran their operation. Sure, it was difficult. They needed all the help they could get which is exactly why they hired outsource help.

The entirety of WhatsApp was established during the recession. The company started off with only 30 members. It quickly became the world’s most downloaded messaging app. Outsourcing is one of the vital roles in WhatsApp’s immense growth, at the time of recession.

The team outsourced a developer team from Russia to minimize its operational cost. As a matter of fact, Whatsapps very first IOS developer was also Russian.

Apple is well known for outsourcing. It is even true that one out of every three engineers in Apple is outsourced. Back in 2008 apple outsourced massive manufacturing help and kept its operations running smoothly. To this day, Apple outsources manufacturing and IT

One of the most famous tech companies to ever exist offered outsourcing to other companies and also hired help to make sure they can run their operations and help out.

This software has been dominating the telecommunication industry from the mid-2000s. Just like Whatsapp, Skype also decided to outsource.

Skype hired a brilliant team of app developers from Estonia. They even, at a later time, made these developers partner with Skype.

These are some of the biggest companies that are still running after the recession. The choices they made back then are the choices that helped them survive.

But you may still wonder why do companies outsource?

BENEFITS OF THE PRACTICE TO OUTSOURCE

We have already talked about which giant corporations used outsourcing to stay afloat during a recession. And here are the reason as to why they rely so much on outsourcing

During a recession, it is important to reduce costs as much as possible. This might be bad news for some of the employees but it has to be done for the sake of the company.

Hence, one of the main benefits of outsourcing is the saving of costs. Through outsourcing, you will mostly be hiring part-time workers. And if they can get the job done you will not need to pay full time. You will be able to save operational costs as well.

With the sudden lockdowns, a lot of the companies and industries have moved online. But since it was so subtle there are plenty of employees who have been plunged into the digital world. A lot of these people are not fully equipped with tech and software knowledge.

By outsourcing talents, you will be hiring people who are adept and efficient in working online from the get-go. By doing so you will not lose productivity and may just be ahead of the competitors.

3. REDUCED STRESS OF THE EMPLOYEES

It is likely that there is going to be downsizing. But what comes after downsizing?

The pandemic is already stressful and surely you would not want to work your back off to cover for others. But if the company decides to outsource it can relay those works to the newly recruited help so the current employees can focus on the task at hand.

IT and Marketing are two of the most outsourced sectors. Even without a recession or pandemic, companies outsource IT, experts.

If the company outsources a bulk of its IT or marketing team then they will not need to pay company benefits to those employees. Instead, they can continue to pay the existing employee benefits and uplift morale around the workplace.

If the company is a start-up and has been recently established then it needs to keep growing even during the pandemic. By outsourcing, you can reduce onboarding costs and training costs. This money can be saved as an investment for the future.

It is now clear that outsourcing is your golden ticket out of this chaos. But you also have to be careful about who you are taking help from.

You would be surprised to know that Bangladesh fulfills 16% of the global outsourcing needs and there are about 500,000 active freelancers working in IT, sales & marketing. By providing international standard IT services Bangladesh has connected to German, Japan, and the Netherlands.

Among these amazing companies that provide IT support, there is one particular IT developing company named Riseup Labs that has been doing extraordinary work in the field of simulation technology and IT solutions for the past 10 years. They served international clients like Unicef and BBC.