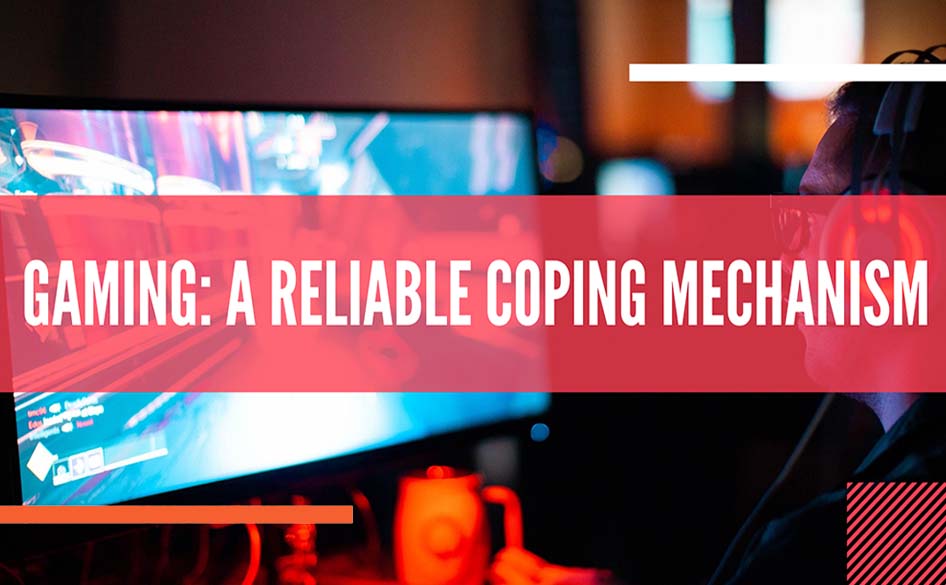 Home » Game » Online Gaming: The complete scenario in this pandemic

The culture of multiplayer online gaming has grown just as fast as technology. Internet speed also played a role. Two-player arcade machines became an overnight hit. As soon as they came out in the 70s. And games like Pac-Man and Street Fighter ruled the industry for the rest of the century. LAN parties were the prime focus of PC classics like Counter-Strike. And fast internet soon became home to Multiplayer Roleplaying Game (MMORPG) communities and more.

People loved living in virtual worlds with one another; especially in online gaming.

It’s not just kids with an obsession. But, that also includes fully grown people. With day jobs and healthy emotional abilities. People working full time are always tired. So, if they choose something outside their work, it is indeed severe and fun at the same time!

Single-player games are nice. But it’s multiplayer game that took the industry by storm. Everyone loves company. That is the main reason. That gives a chance to people to mix with others. That is why gamers enjoy meeting stranger gamers online. They know that due to similar types of interest in gaming, they will be a great team. And that is the main motive of a multiplayer game-winning together. It increases the chance of winning.

That changed the whole game, with every passing day and year. Interacting with real people in a virtual world still satisfied a unique kind of social need. That the dial-up telephone couldn’t. Although, the graphics back then were not too great.

Less is still more to most people

This socially shared love for online games is becoming more relevant in the 2020s; it is doing so in new challenging ways. Today’s high-end game engines’ graphics can visually blur the lines between game and reality. Highly skilled developers can use every trick in the book. To make the player feel like they are living a second life. This is increasing the demand in both sides.

Yet, the same old feeling of expressing oneself. By crafting a masterpiece block by block. And surviving to tell the story online. That is still adorable. Just google “Minecraft kid freakout” for a glimpse of a gamer’s emotional attachment with (or dependence to) his online creations. It goes on to show that even today, meaningful/enjoyable interactions can be created. Between players without the need for AAA-grade realistic graphics or complex storylining.

The critical factor here is the reliability. People love to play something they understand. That is why, the levels of any game should be balanced. An average game should taste the success at majority points of the game.

In this 2020 quarantine, many people are away from their loved ones. Some by their wish, and some because they want good of their family members. As a result, they are now more likely to spend their time on mobile phones instead.

People are accepting relatable gaming more now. 53% of developers still make games for PC right now. But, the rise of user-friendly game engines (plus lockdown boredom) is creating a new set of smartphone game developers. At this rate, their number will go much higher than the current 38%.

Again, multiplayer game theory helps here. Instead of hangout, people are meeting other gamers online. This is serving a purpose at the same time. And that is, playing a game together and winning it. Thus, games have chat windows now. This is making the scope of this industry much bigger.

Bangladesh IT industry is contributing to this global statistic. By creating a wealth of online learning platforms that encourage skill development in this sector.  For example, Riseup Labs recently collaborated with the ICT Ministry of the Bangladesh Government. To create an online training management system for app developers. The features include student management, online exams, digital libraries, and back-end control panel. They aim to equip aspiring Bangladeshi programmers with the skill set necessary to enter this “billion-dollar marketplace”.

An innovative shelter from the pandemic– online gaming

A record-high number of concert venues, sports stadiums, and countless other mediums of live entertainment had closed down in 2020. Off course, due to social distancing concerns. While these heartbroken fans recover, they seek to rediscover their passions and hobbies elsewhere. That is, in the virtual world. With fast internet, it is becoming possible. In fact, internet has been the plus point in every way. The gaming industry is getting the fruit as well.

For example, many of them seek glory in the world-famous Esports industry. In an effort to realize gaming as a legitimate sport, many Bangladeshi investors have organized tournaments. Specially in the last five years. And handsomely rewarded its competitors.

Professional gaming still has a long way to go. Before it can become a financially relevant reality in Bangladesh. Now, it is clear that both passionate startups and larger corporations today are working hard. To nurture the underlying culture of online gaming. This can be a massive chance for startups. Game developers can gift a new world to gamers. And, with the present scenario, it will be a sure shot success soon. They need to have a clear vision regarding their target audience.

A proper example of that is Treasure Wars. It is one of Riseup Labs’ most successful game projects. Robi owns it.
At first glance, the game appears to use the same old overused Battle Royale model. That had already made Fortnite and PUBG into leaders of the genre. That is, joining seamlessly into a server of a hundred players and fighting each other. To survive till the very end and winning. Not to forget, the ultimate treasure reward. Most importantly, the rewards are real. That is a great gain of a winner.

Merging the virtual online games with the real

Treasure Wars stand out, from others in its class. With its ability to deliver real-life rewards from a virtual world. The “treasures” for the winners come in the form of bundle data packs, burgers, pizzas, mobile handsets. And all other kinds of items that a smartphone owner considers valuable. Any young person would appreciate that. With a design this ambitious, a well-designed web system is just as important. To effectively run user analytics, data security management, and game mechanism control.

Since the beginning of video games, there has been a one-sided debate. About whether video games will ever “amount to” anything in real life. But recent growths in the global gamer population have helped provide a newer perspective.
Million-dollar Esports tournaments, millionaire youtube gamer personalities, insanely profitable corporate endorsements. Entire university departments researching about the art of gamification, etc… they all support an increasingly relevant truth:

Video games can be rewarding and profitable- not just for the developers and the gamers they make it for,
but also for the non-tech corporations that cleverly collaborate with the development process.

Virtual worlds, online gaming as crafted by yourself truly

Companies like Riseup Labs are just scratching the surface in the huge potential. That the gaming industry has in store for Bangladesh. Their game development team is has experts. In languages like C# and tools like 3DS Max. Since their beginning in 2009, they have created a rich portfolio of games. For iOS, Android, Facebook, and PC: such as Shark Attack, Game Plan, Meena 3D, Tap Tap Ants, etc.

Contact Riseup Labs if you want your creative ideas to flourish in an interactive virtual world.