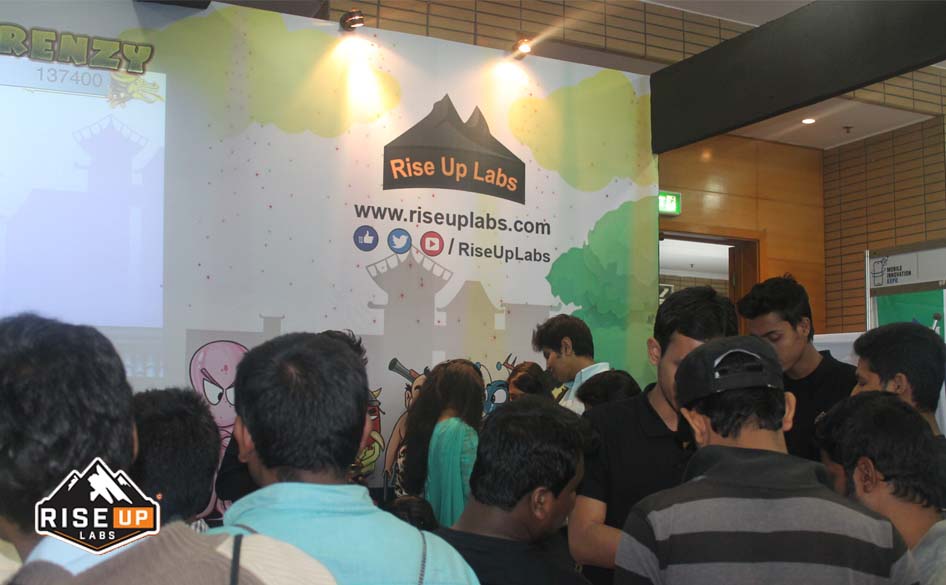 Recently Riseup Labs participated at Digital World 2015. That was organized by BASIS. As a part of our Honorable Prime Minister Sheikh Hasina’s vision of Digital Bangladesh by 2021. Similarly, the purpose of this fair is only to show the country’s present and future on IT sectors & give the chance to the people to compare our country with others. And it’s the first time for Riseup Labs in this event.

Tap Tap Ants is their one of the famous games for iOS which has a huge number of downloads. They will release this game for android as well!! So, it’s an upcoming game for Android devices.

In this Digital World 2015 event, Riseup Labs got a huge crowd at their booth & a number of downloads for their new game Rooftop Frenzy.

And the most important thing is they got the First Position for Mobile Innovation part in Digital World 2015!

Riseup Labs mainly focuses on the basic need of gamers. Gamers love excitement. They love playing something which they understand. So, Riseup Labs has the experience. Especially in developing games. For many clients already. They are indeed interested in creating a digital world shortly. In other words, that is the plan. So for this, the company is setting big goals in game development. Beside many other IT related services, their game development is taking new forms day by day. For any more details and collaborations, you can contact them.