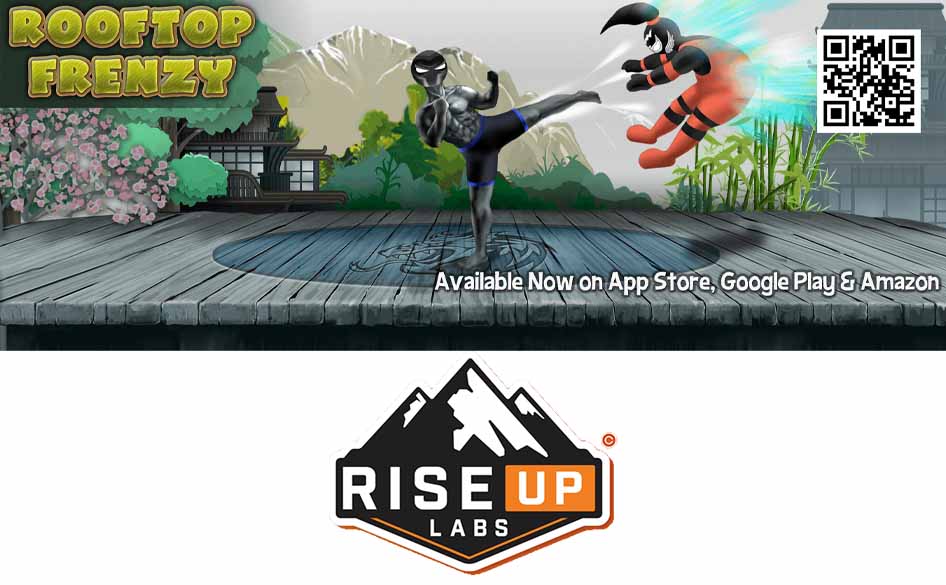 Home » Game » Rooftop Frenzy is Available now- Check out where

Riseup Labs has officially released their new action fighting ninja No-Cost game “ROOFTOP FRENZY” in Digital World. They made this game for the iOS & Android users. So, you can get it now from App Store, Google Play or Amazon Store.

Rooftop Frenzy has a truly creative back story. It goes like this: A brave and skilled Kung Fu master’s “epic hair” during his youth was a source of joy. However, with advancing age his hair began to fall out, and reduce his happiness strand by strand.

Eventually, all that he had left of those happy memories was his treasured comb. That is, until one of a group of thieving ninjas broke into his home. And refused to drop it when caught. That sprung the Kung Fu master out of retirement. And into action, and it’s also where the app’s fast and fun gameplay begins.

Gamers need to play on the role of the angry Kung Fu master. Who has to jump skilfully from rooftop to rooftop. And defeat all criminal ninjas using different combo moves. Although those bad guys are often carrying some pretty scary weapons. The gamer should ensure his timing, reflexes and hand-eye coordination perfectly. Otherwise he’ll fail to rid the city of these thieving ninjas.

As they jump, roll, punch and the stick figure Kung Fu master through frenetic and constantly-moving side-scrolling action, Gamers are accompanied by a phenomenal cinema-quality soundtrack. And by ultra-realistic sound effects. They also enjoy outstanding multi-layered landscape backgrounds that have been meticulously crafted in an oriental style, complete pink-hued cherry blossom trees and more. Gamers can also compare their feats to friends and others via online player rankings.

So, Download Rooftop Frenzy now & enjoy the cinematic adventure through the game.