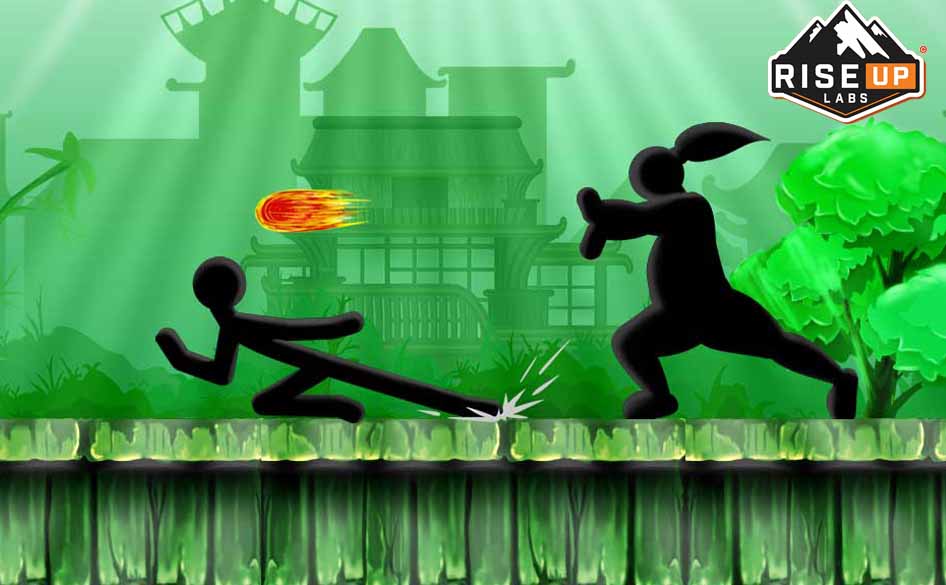 Rooftop Frenzy! What do you conjecture about the game-play after hearing the name of this game? You must think, it’s a fighting game playing on Rooftop. Though you are right about it, your thoughts are yet incomplete! Rooftop Frenzy is a martial arts game where the master of ninja fighter, Jackie Bruce, reveals his anger over evil ninjas and starts his mission of cleaning up the city by beating all those ninjas.

So the question comes. Where the story started from? And what made Jackie Bruce so Angry? Let’s go for the way to download Rooftop Frenzy game then.

Above all, Bruce is after his precious Golden Comb! A comb? Why is that! Don’t you think, a comb has enough traction power for a lonely person who had long shiny hair and passed his lonely time combing his hair?

You might laugh after hearing it, BUT don’t even chuckle! Cause, if you do, Bruce might come after you!

Those evil ninjas broke out Bruce’s house one day and took everything. Though the fighting master was watching over them, he said nothing until they took his comb cause of his old age. He forbade them to take it, but they did. Which made the master much displeased and ireful that he decided to go after them and save the city. That’s rooftop frenzy game for you.

Are you ready for this final battle of Rooftop Frenzy Game?

And Thumbs Up From Riseup Labs.

Riseup Labs has a unique hand in game development. Although they have many IT services to offer, games developed by them for their clients stand out. The reason is simple. They understand the need of a gamer. Gamers are always looking for something new. Even after a hectic day, they will spend their free time playing games they enjoy. On the other hand, parents won’t allow their children to play a video game unless it is right. So, Riseup Labs creates a beautiful balance between these two. Hope you enjoy and will download rooftop frenzy game as well.